Why We Celebrate Labor Day

For many Labor Day means the end of summer, that last long weekend at the beach, the return to the classroom and the beginning of the fall sports season, all of which will be very different this year.

Historically, Labor Day is a day to commemorate and honor the laborers that began in the 19th century as trade unions and labor movements grew. Generally celebrated the first Monday in September, it is dedicated to the social and economic achievements of American workers. Many states adopted legislation starting in 1887, and in 1893 Rhode Island adopted the holiday. However, it did not become a federal holiday until 1894. Read More on History of Labor Day.

On a recent visit to the Museum of Work and Culture, we engaged with some of the exhibits and what we knew about the labor movement in the Blackstone Valley.

The museum houses an extensive exhibit on its second floor about labor and the labor movement in Woonsocket and surrounding Blackstone Valley towns that also includes a film with personal interviews about the textile strike in 1934. We recommend making a visit! The museum is open Wednesdays & Saturdays from 10 am - 4 pm with reserved ticketing. The staff have done a great job in making our visit a safe and socially distanced one with a hand out of the exhibit floors, directional arrows leading you through the varied exhibit timelines and also providing a sanitized stylus to use for their interactive exhibits.

In normal times, the museum would celebrate the holiday with free tours and special weekend-long activities. Though the museum will be open on Saturday as noted above, the museum’s annual festivities move on-line with a series of pre-recorded presentations and film screenings that will beposted daily at 10 am on their Facebook Page through Monday, Sept. 7.  Read more.

The Rhode Island Labor History Society has a wealth of information including a timeline of events that include the first known strike in Rhode Island that took place in 1824 and the first in the nation to be led by women. The strike or “turn out” closed down nine cotton mills in Pawtucket. Newspapers called it a riot (sound familiar?). The women were protesting against a reduction in pay and increased working hours, which successfully won concessions from the mill owners.

However, the fiercest embattlement of the labor movement in the valley took place during the Textile Strikes of September, 1934 that turned deadly. Centered in Saylesville and Woonsocket, here is a brief excerpt from Rhode Island History Society:

On September 10 the continued misuse of force by deputy sheriffs closely allied with the owners of the huge Sayles textile complex provoked large scale rioting in and around the Sayles bleachery and other buildings and in an adjoining cemetery, strung out along Lonsdale Avenue. Read further.

There seems to be a familiar ring in the labor unrest of the 1930’s to what is happening today and it may be easy to draw parallels to today’s civil rights movement. As a matter of fact, as labor unions evolved, they sometimes took up civil rights along with labor rights.

The exhibit at the Museum of Work and Culture focuses mainly on the International Textile Union and beyond the strikes it also mentions some of the social programs started by the union to aid workers including welfare, education and cultural activities, establishing housing projects and providing excursions to Rocky Point, and other social activities including picnics and parades. So celebrating Labor Day with that last trip to the beach or with a picnic isn’t too far off from earlier celebrations.

Why not rediscover our labor history with a visit to the Museum of Work and Culture or perhaps visit with the National Park Rangers at Slater Mill in their outdoor tent kiosk. Slater Mill hours are Thursday-Sunday, 10 am - 2:30 pm or visit the Blackstone River Valley National Historical Park Youtube channel for related videos.

So as we celebrate this Labor day may we reflect on whether it is labor rights, women’s rights or civil rights it all for the betterment of humanity, and so we conclude with a stanza from the poem “Bread and Roses.” Written by James Oppenheim in 1911. As we go marching, marching We bring the greater days For the rising of the women Means the rising of the race No more the drudge and idler Ten that toil where one reposes But the sharing of life's glories Bread and roses, bread and roses
Written by: Patti McAlpine

The wife of the late Republican Senator John McCain is throwing her support behind the Democratic presidential nominee. Cindy McCain tweeted saying Joe Biden will stand up for our values as a nation. She acknowledged her differences with Biden but said he is good and honest and will lead the nation with dignity.

&nbspPresident Trump is stressing the importance of this year's election to Pennsylvania voters. Speaking at a rally, Trump says the election comes down to a "matter of economic survival" for Pennsylvania. Trump is confident he will win the state again because he secured it "quite easily" in 2016. But, he actually only beat Hillary Clinton by less than a point.

&nbspA funding measure is heading to the Republican-led Senate after the House passed it earlier today. House Democrats made a deal with the Trump administration allowing the government to be funded through December 11th.

&nbspFive NFL head coaches have to pay fines after not wearing their masks properly. Coaches from the The Saints, Raiders, Broncos, Seahawks and 49ers all have to pay 100-grand for the violation of league rules. Each team must pay an additional 250-thousand-dollars. The league says face coverings must be worn properly over one's nose and mouth.

&nbspPhoenix is coming out of a record-breaking summer. The National Weather Service says the Arizona capital had an average temperature of 96-point-nine degrees between June 22nd and September 21st making it the hottest summer to date. The state also saw a record-breaking mean for both high and low temperatures coming in just below 109 degrees and just above 85 degrees. 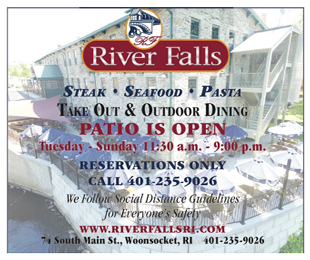