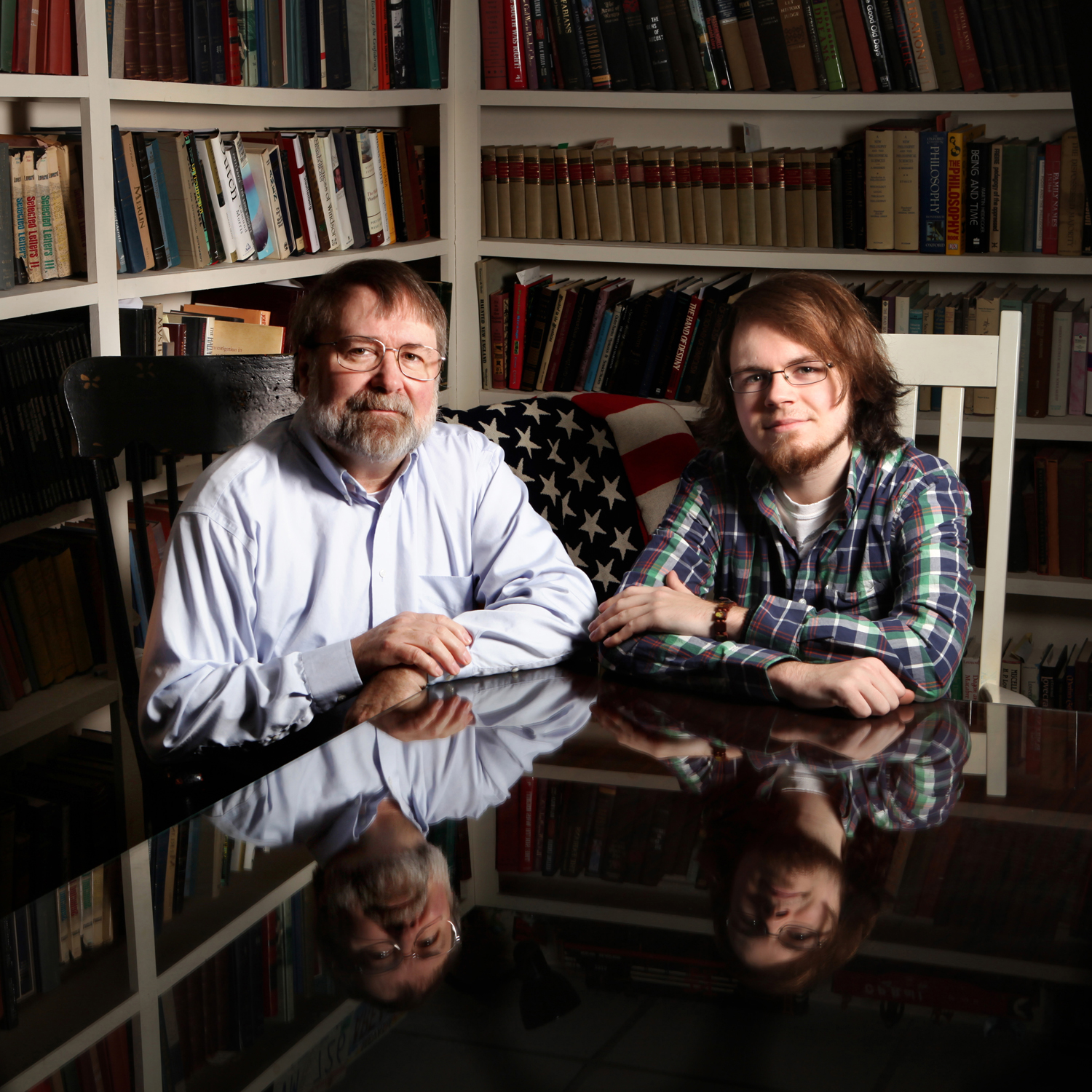 Listen to our most recent show here

PAUL F. ENO has been called “the most intelligent voice in paranormal research today." Several radio and television producers have called him simply "incredible" and "inspiring." He was one of the first paranormal investigators of the early 1970s, beginning while he was studying for the priesthood. His early mentors included parapsychology pioneer Dr. Louisa Rhine, Fr. John J. Nicola S.J. (technical advisor for the film The Exorcist) and legendary, first-generation "ghost hunters" Ed & Lorraine Warren.

Paul graduated from two seminaries, but was expelled from a third because of his paranormal work with about a year to go before ordination. He ended up in a distinguished career as a newspaper and magazine reporter and editor. Today, he is an award-winning New England journalist and the author of seven books (two bestsellers, one state history that is used in several Rhode Island school districts, and two books that are already considered classics of paranormal literature), and holds a rare Ph.B in philosophy. He is considered one of the world's most eminent experts in the paranormal and spiritual fields.

Much in demand as a talk-show guest around the world, Paul is a regular on "Coast to Coast A.M." (30 million listeners) with Art Bell and George Noory. He has presented his interactive programs on the paranormal all over America and in Europe. He has appeared on the Travel, Discovery and History Channels, and his own radio show, “Behind the Paranormal with Paul & Ben Eno” is racking up ratings with CBS Radio and local stations in New England, Pennsylvania, Michigan and Washington. A separate drivetime edition airs on 1240 AM in the Boston-Providence market. The show has an estimated 3 million listeners.

Paul’s unusually long experience in the field (nearly 43 years), his hair-raising adventures with famous hauntings, along with his utterly unique, riveting theories about the paranormal and its meaning for our understanding of the world and ourselves, draw capacity crowds wherever he speaks.

The Enos' unique "unified theory of the paranormal," and the thoroughness with which they handle investigations, have led to never-before-suspected connections between ghosts, cryptids and UFOs, and contact with other life-forms (friendly, hostile and indifferent) in their work within "the multiverse." Their audiences love their wit, their father-son dynamic, and are always moved by their compassion, their message of deathless hope, and the accounts of families they have helped.

Paul, Ben and their family live in Rhode Island. Find out more about Paul's and Ben's work at www.newenglandghosts.com .

BENJAMIN T. ENO is Paul’s 21 year-old son and understudy in the paranormal. Starting in radio at the age of 16, he became the youngest syndicated talk-show host in America. A graduate of Mt. St. Charles Academy in Woonsocket, Rhode Island, Ben is a winner of the 2011 Bob Fish Memorial Scholarship from the Rhode Island Broadcasters Association. He is a student at Emerson College in Boston, where he is majoring in audio and video production. Ben began helping his dad on paranormal cases in 2005 and has since become the world’s youngest internationally recognized authority on the subject, an international lecturer in his own right, and a trained and gifted shaman.